Get fresh music recommendations delivered to your inbox every Friday.

by Paddy Steer and Faron Brooks 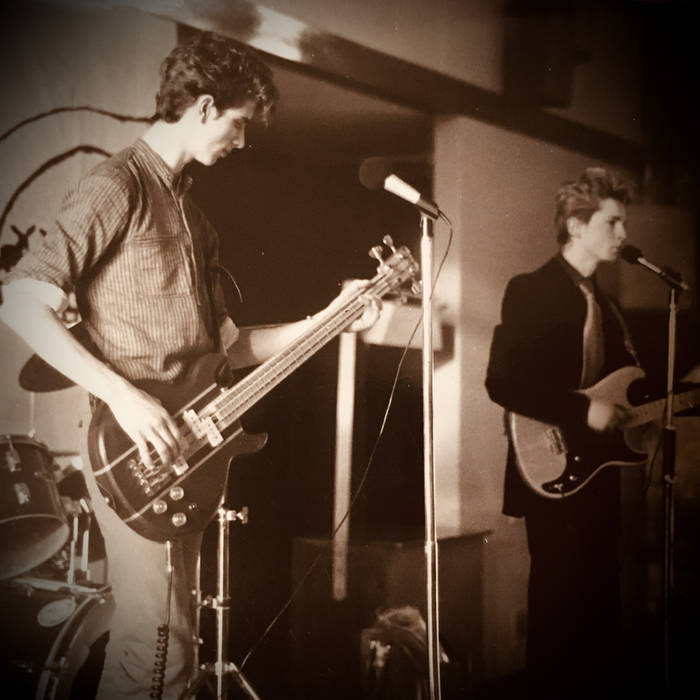 Marking a 40 year collaboration with Faron Brooks and Paddy Steer. between Levenshulme and Vancouver Island

I lost touch with Faron for 12 years after his emigration to Canada- a chance redial number check on a missed call got us back in touch. We would send tracks to him and he would send many cassettes of singing which would sample off with a casio FZ1 sampler and fly onto a tape machine 15 seconds at a time. some of these were included on various of our Homelife albums.

artwork photo is from our second gig and first professional booking (£30) at Wythenshawe daycare centre 1981. we opened up a bank account and stashed the money safely away........ for about a week.

It doesn't mean what you think, no, not to be alone.
Don't let the day get away without a great unknown.
Several times...
Several times, in the middle of it all I woke up to stoke up
The fire that got broke up
Due to some insincerity, but I found it wasn't even me.
There was a feel right where intonality seemed to be.
Solipsism ain't the lonely prison in the omni-level
Where the other can't bedevil
Anything at all, no foul and no fall.
No foul and no fall.
It ain't a matter of fact, it ain't a regular crime.
The dimensional view has got me feeling that I'm
Just not there, felt that several times.
Several times...

So reminiscing is seen as a love for the missing,
But this thing is bigger than cause and effect.
I expect to reject all the evidently circumspect.
The context of duality
Is in a subset of abnormality,
Yeah, the upset of unreality
Fooling the oh-so elect.
And all an illusion of fusion of way out
And play out to stay out of it
Once and for all.
No foul and no fall.
No foul and no fall.

Several times I thought there was a limit,
But I really wasn't in it to begin it for a minute.
Several times, several times...

Bandcamp Daily  your guide to the world of Bandcamp